What a month it's been so far : 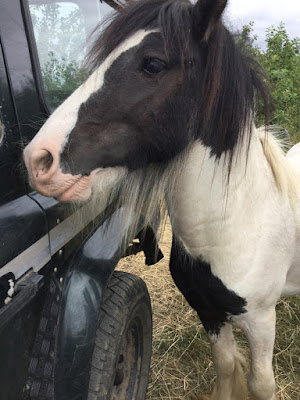 First up following my Moaning Mrytle blog post at the end of June the usual kind hearts stepped forward and topped up Eggsy's fundraiser for June. Thank you Leighton Cooksey,  Philomena Moreland and Christine King.

This left us £30 off our second year target when, and this is beyond exciting, Norfolk Bea made a donation of £35 starting us off on our 3rd year target to raise everyone's pony Eggsy. Quickly followed by donations from Elizabeth Love and our regular anonymous friend. 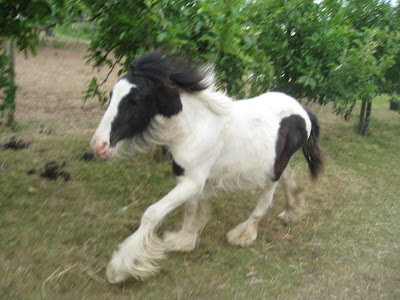 Huge thanks to you all, we're ever so grateful, couldn't do this this without your help. Thank you everyone.

But have you noticed anything? It's always the same few people who time and time again put their hands in their pockets and help us out and yet Eggsy's following has grown to over three and a half thousand. Don't get me wrong I'm not complaining here just curious as to how all this fundraising stuff works really. 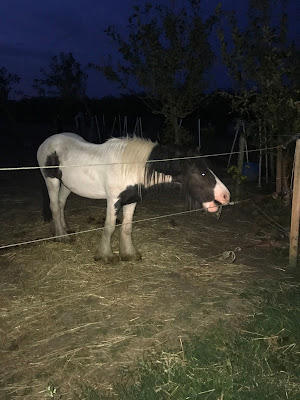 Not a very flattering picture of the little escape artist as he is re-incarcerated!

In other news the great escapes have continued. If any of you were around for Tuesday's Twitter chat hour, #ponyhour, you'll know that we received a phone call to tell us that Eggsy was out during the night. So we had to make an emergency trip to capture him in the dark and pop him back in his paddock. Fortunately Eggsy has become quite easy to catch over the past few weeks so at least we didn't have to run around for ages in the dark! 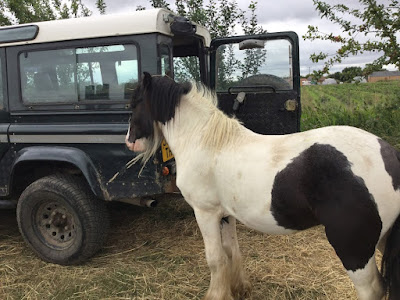 Something else you'll already know, if you follow Eggsy's Twitter account, is that our Land Rover was stolen sometime after 6.30am on Wednesday morning. It's an old rust tub really but it's hugely valuable to me as it's what I use to negotiate our mud track to take 60 kilos of haylage a day down to Eggsy & friends, plus gallons and gallons of water and their hard feeds. I can't manage without it!

The gods were definitely smiling on us though, because that evening we received a telephone call telling us where it was. A friend had put the theft on a local FB page which someone had spotted after noticing that a Land Rover was parked in their residential close. So off we went to pick it up, fortunately it was undamaged. 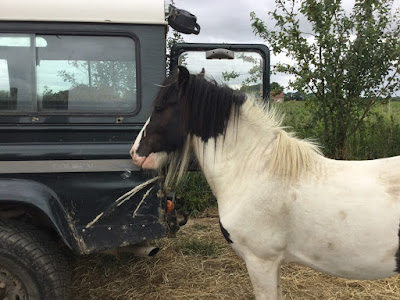 Of course there was some concern that whoever had nicked it would just come back and re-nick it so to speak so we were grateful to friends who allowed us to park it over night in their secure compound. It's now had one of those metal boxes fitted over the pedals as a theft deterrent.

So all in all July is proving to be a bit of a roller coaster month so far, let's hope there are more ups than downs for the rest of the month!

Eggsy is a rescue pony he was abandoned and left to starve by his owners as a foal. His care is funded by donations.

You can read the story of his abandonment here: About Eggsy Pony

Would you like to help Eggsy? Eggsy has a GoFundMe campaign to help raise funds for his care, we'd be really grateful if you'd go take a look, share it far and wide via your social media and of course if you can spare some money please donate.
Help Raise Abandoned Foal Eggsy ~ GoFundMeThank you, Eggsy and I really appreciate it x
Posted by Eggsy at 01:

The cost of raising an abandoned foal - GoFundMe

So I've been doing the sums and the cost of keeping an abandoned foal is really quite scary... It's a legal requirement for equ... 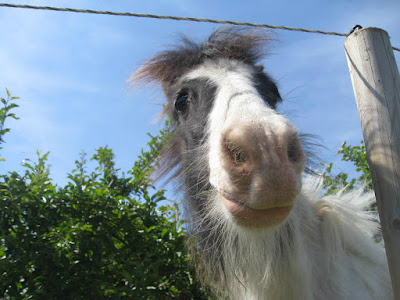